Buffer Lookups work by making a query for every record you send in it. If you’re passing in 10 records, it will query the buffer database 10 times. It passes data record by record.

You first need to select a buffer from the drop down list. If there is no buffer to select, you can create a new buffer by clicking on the plus icon that is highlighted in the below image. 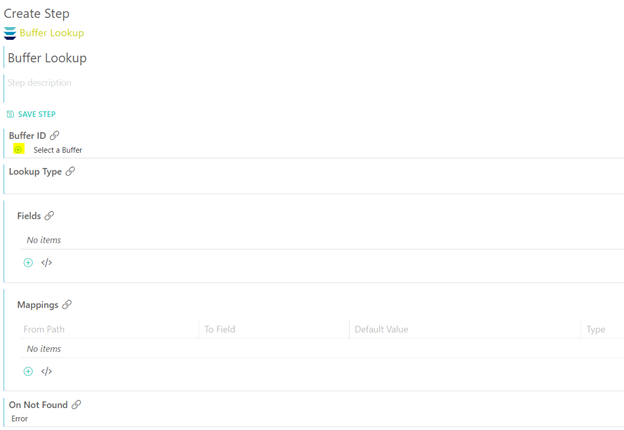 The below page will appear and you can create a buffer by filling in a name and the rest of the details and then save. 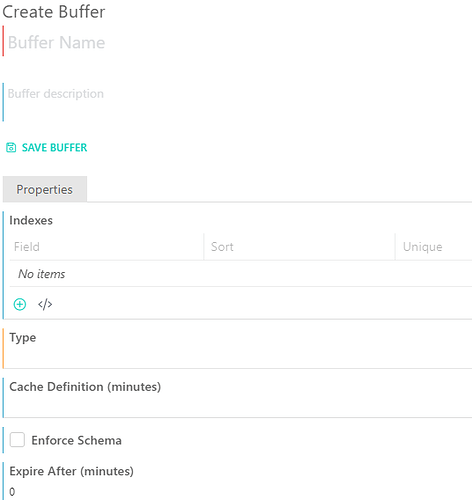 Thereafter, you can select a Lookup type as shown below. There are 3 Lookup Types to choose from.

The ID Lookup Type is illustrated below. It will query the buffer based on the value in the unique identifier field that you populated in your Record Generator step (as shown below) and return the values for that record. If there is more than one record with the same value that you are searching for, it will return a random record with that value. It can only return one record. 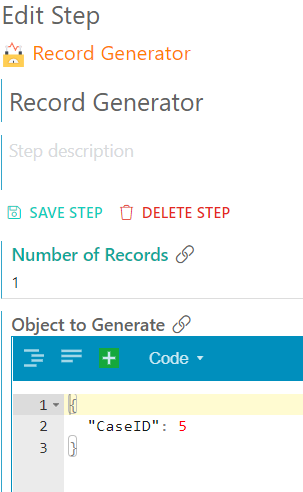 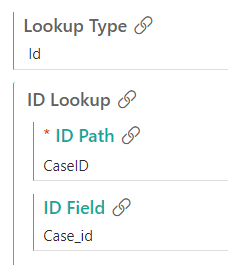 The Query Lookup Type is shown below. You can customize your data by using this lookup type by using the query builder. You select the field that is in the buffer and customize your query to the required output. It will return all the records that is based on your query.

The Cache lookup Type is the below image. It will only query the buffer database once and store the results in memory. Only the first record from your dataset will get stored in the database. It performs the fastest since it stores only one record and returns all the values from the first record. It’s not the most up to date data. In the Key field, you type the column that you want the buffer to lookup values for. The ID Path field is the path to the value on the record you want to lookup additional data for that is in the buffer. Most of the time the Key Field and the ID Path are set to the same value. 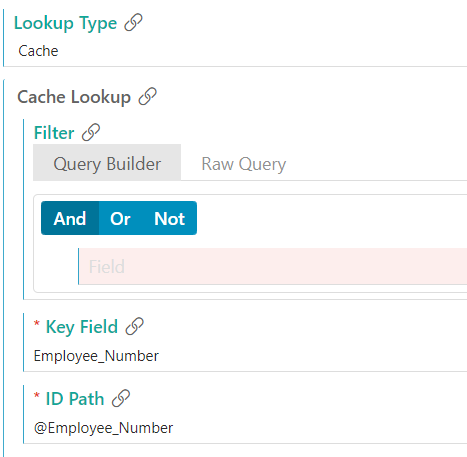 If you want to search for a specific record in your dataset using a unique identifier such as an ID or phone number, use the ID lookup type .

If you want to return more than one record, use the query lookup type .

If you want to run a complex query for testing purposes, use the cache lookup type since it has a faster performance speed but keep in mind that it will only return the first record.

How to use the Buffer Lookup step