How to query a buffer using SQL

Buffers are containers to store your data/ records. The data in a buffer gets stored in MongoDB. The Buffer Query step acts as a view where Select statements are the only applicable query to use.

In order to query a buffer using SQL, add the Buffer Query source step as shown below.

In the example, a Record Generator step is used as the main source step and populated is an AccountID as illustrated below. 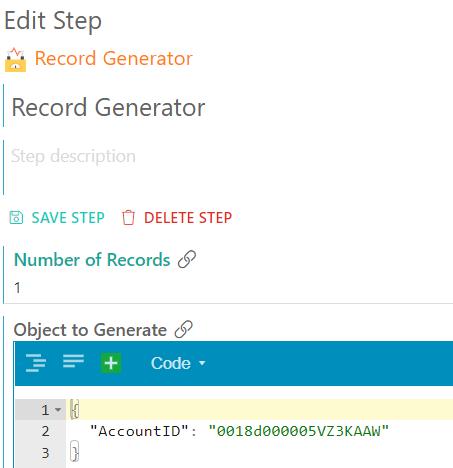 To use the correct buffer name in the query, click on the buffer and copy the highlighted icon (circled in red on the far right) in the below image to copy the object name of the buffer. The object name contains the solution name with the buffer name which enables you to return records from a buffer that is in a different solution.

Paste the object name of the buffer in the Buffer Query step as highlighted below. You can use single quotations ( ’ ’ ) or double quotations ( " " ) to reference the buffer name. Type in the rest of the SQL query that you require. 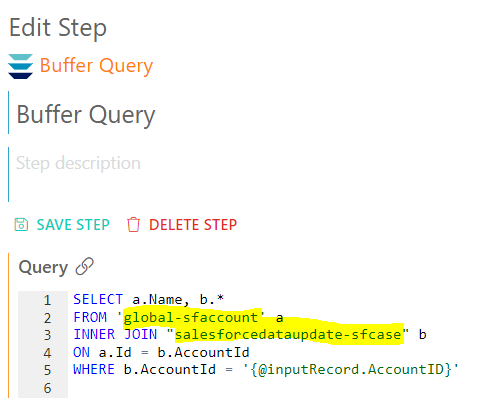 In this example, an inner join is used to get the account name from the SFAccount buffer and the case details from the SFCase buffer based on what the AccountID is in the Record Generator step.

The below image is an output of the various cases that are linked to the AccountID with the account name showing above the cases. 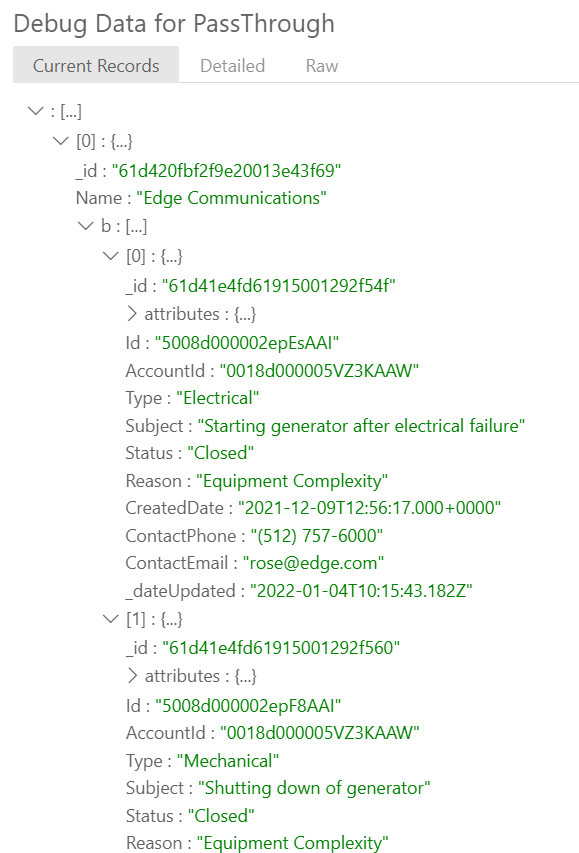 The available SQL syntax to query a buffer are in the links below: