How to replace a letter, character or word in a value

Illustrated in the below image is an example of a flow where the Record Generator is the source step.

In the image below, The Record Generator step is populated with data. The field names are “Description1”, “Description2” and “Description3”. In the values, the apostrophe ( ’ ), the letter “d” and the word “apples” are highlighted as the character, letter and word that you want to replace. 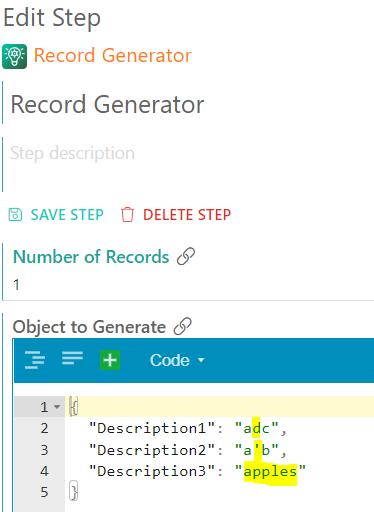 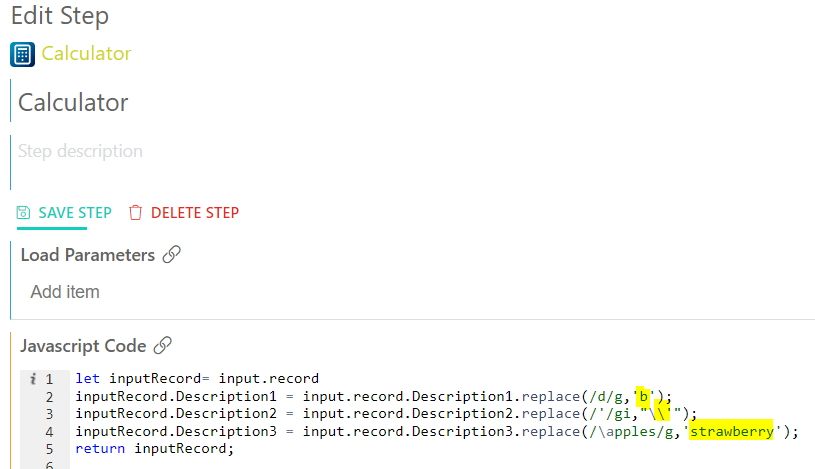 Below is the code to copy and paste in the Calculator step:

Illustrated in the below image is the output of the values with the replacements. 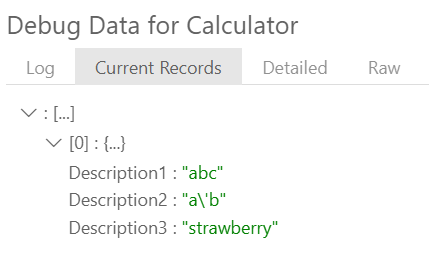